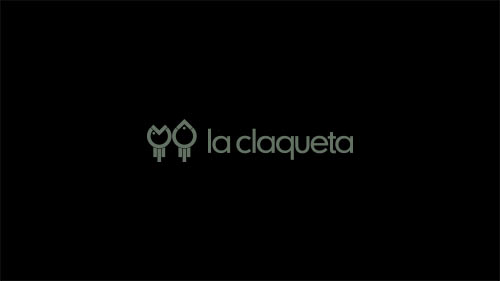 The next month of December will mark 15 years since the enactment of Law 55/2007 of Cinema, which will go down in history to regulate and facilitate private investments of Spanish productions. A law that responded, to some extent, to the demand of a sector, the cinematographic one, in need of alternative financing formulas for their projects, so that the viability or not of these did not depend exclusively on public assistance which , moreover, were decreasing with the passage of time.

Despite this, it has not been until recently when we can consider that its use has become widespread, due to the complexity of its function (articulated through Economic Interest Groups) as well as the lack of knowledge on the part of investors and of the Tax Agency itself for the operation of the audiovisual industry, which undoubtedly generated great insecurity when facing an investment in a production.

Now these misgivings have been overcome, the reality is that in Spain rare is the film that has not been co-produced by an Economic Interest Grouping, constituted to benefit from the tax deductions included in the Law on Corporation Tax. Thus, at present, said Law establishes a tax deduction of 30% with respect to the first million base of the deduction and of 25% on the excess of said amount. For these purposes, the base deduction is constituted for the total cost of production, including the P & A, minus the public subsidies received.

It is important to take into account the following requirements:
1. The productions likely to benefit from tax deductions are feature and films, and audiovisual series of fiction, animation or documentary.
2. The amount of this tax deduction can not exceed 10 million per production.
3. The total amount of the incentives applied together with the public subsidies received can not exceed 50% of the cost of production, unless it is an European or Iberoamerican co-production in which case the limit is increased to 60%. In the event that the production budget does not exceed one and a half million euros and the project is also headed by a fledgling director, the intensity of the tax incentive plus public aid increases to 80%. There are other circumstances that can modify such intensity like projects directed by women, documentaries, among others.

Tax Rebate
There is another tax incentive in Spain, applicable exclusively to foreign productions, the so-called Tax Rebate, through which the beneficiary is entitled to a tax deduction of 30% with respect to the first million of the costs incurred in Spanish territory in its production and of 25% on the excess of said amount, provided that these costs amount to a minimum of 1 million euros and the total production budget to a minimum of 2 million euros.

The beneficiary has to necessarily be a Spanish producer, registered in the ICAA company registry, and will also have to assume the execution of the foreign production in Spain.

It is important to take into account the following requirements:
1. The productions likely to benefit from tax deductions are feature films and audiovisual series of fiction, animation or documentary.
2. The costs referred to above and which can be computed for the purpose of the deduction must correspond to the costs of creative personnel and expenses incurred by the use of technical industries and other suppliers.
3. The amount of this tax deduction can not exceed 10 million per production.
4. The total amount of the incentives applied can not exceed 50% of the production cost.

La Claqueta PC
Our company, with the help of tax advisers such as Andersen Tax & Legal or Wandermoon, who participate in the structuring of the financial operations of our projects, has implemented this financing formula, in its two modalities, in its production model, which has allowed it to to provide greater solidity to the productions, in addition to constituting itself as a stable and reliable partner of the foreign productions that come to Spain to shoot.